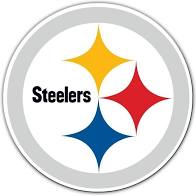 A dearly loved brother, caring father, devoted husband, and friend to so many, Thomas (Tom) Samuel Singleton passed away at home, peacefully surrounded by his family on Wednesday, January 4, 2023, after battling liver cancer.  He was known affectionately, only to his siblings, as “Tommy.”

Thomas S. Singleton was born September 1, 1962, in Easton, Maryland, the son of the late Henry S. Singleton and Helen Jean Murphy of Maryland. After attending Lake Forest High School, he began working for Kent Construction and eventually went into business for himself, Vinyl Wizards doing siding. Later he worked in landscaping at Rain Design.  All through his life he loved to dance and sing karaoke.  He also enjoyed joking around and had an amazing sense of humor.  He was an avid Steelers fan.  He loved his family, dog Pixie and longtime close friend, Gordon Street of Dover, DE.

In addition to his parents and grandparents, Hayward and Helen Murphy, he was preceded in death by a niece, Melissa Leeann Singleton.

A special thank you to Delaware Hospice and in-laws Bob and Margaret Bell of Dover, DE for their care during his illness.  A memorial service will be held privately.  Condolences may be sent via: www.pippinfuneralhome.com.

To send flowers to the family or plant a tree in memory of Thomas Samuel Singleton, please visit our floral store.

You can still show your support by sending flowers directly to the family, or by planting a memorial tree in the memory of Thomas Samuel Singleton
SHARE OBITUARY
© 2023 Pippin Funeral Home, Inc.. All Rights Reserved. Funeral Home website by CFS & TA | Terms of Use | Privacy Policy | Accessibility