Share a memory
Obituary & Services
Tribute Wall
Read more about the life story of Patricia and share your memory.

Pat, born and raised in Lansdowne, PA, was the only daughter to Baldwin and Rebecca Brown.  She attended Taylor Business School and went to Bucknell University for a year where she met Tom.  They were married in 1953 and went to Pine Bluff Arkansas while Tom was enlisted in the US Army, where she worked as a secretary.  Later they moved to Dover, DE where Tom took a job as a chemist for International Latex.  Pat thoroughly loved being a homemaker and mom to Doug and Jean.  She attended and served at the First Baptist Church in the nursery, Food Pantry and playing the piano, also with the Auxiliary of the Gideons International since 1957, giving bibles to nurses and others who could use them. Tom and Pat attended yearly Gideon conventions to support the work of Bible distribution worldwide. Pat was active in the church women’s Circle meetings supporting the efforts of international missions. She was a loving and attentive caregiver to her parents and her Aunt Esther. She volunteered at Bay Health hospital in Dover when it was called Kent General. She was a bird watcher and member of the National Audubon Society since 1991.

Tom and Pat moved to the Milford Place Assisted Living in Dec 2020 and then after a stroke in July 2022 to the Country Rest Home in Greenwood.  The family is grateful for the caregivers they’ve had in their home and at these places over the last several years.

Relatives and friends are invited to a viewing 10am-12pm immediately followed by the Memorial Service at 12pm on Tuesday November 29, 2022 at the First Baptist Church of Dover at 301 Walker Rd, Dover, Delaware 19904.  A graveside service will be at 10 am Wednesday November 30, 2022 in the chapel at the Delaware Veterans Memorial Cemetery, 26669 Patriot Way, Millsboro, Delaware, 19966.   In lieu of flowers donations can be made to the First Baptist Church, Dover DE or to the Gideons International.   Condolences may be sent via: www.pippinfuneralhome.com.

To send flowers to the family or plant a tree in memory of Patricia Jean (Brown) Roberts, please visit our floral store. 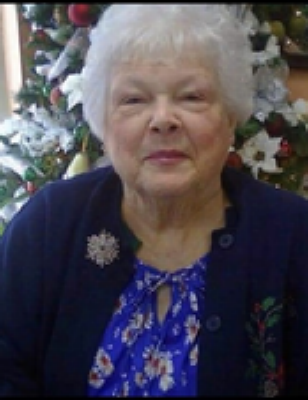