Share a memory
Obituary & Services
Tribute Wall
Read more about the life story of Lynda and share your memory.

Lynda (Lyn) Doreen George was born march 25th, 1950 in Norwich, England. During the early years of her life, she lived all over the world, traveling with her father who was in the British Armed Forces. England was always considered home for her until 1978 when she met me.

I was stationed in England in 1978 when I met the love of my life and her two lovely daughters Christine and Penny. In May of 1979, I received orders to leave England to Cheyenne, Wyoming.  While there, I realized I really missed Lynda and asked her to come join me in Wyoming. She arrived a month later, in June and I asked her to marry me and she said “yes”; we were married in July 1979.  While living in Cheyenne, Lynda surprised me by telling me I was going to be a daddy. Our youngest daughter, Jasmine was born in January 1981. Five months later, our family of five were reassigned to RAF Bentwaters, England.

Lynda always had a go-getter attitude and was always willing to help others. Anyone who knew her would remember her as the top sales leader for Avon products.  In 1979, she volunteered much of her time to various organizations such as United Way. Also helping families displaced by tornados, the Zeebrugge Ferry disaster, and while in Italy, the Bosnia-Herzegovina conflict.  In 1995, her giving continued during our time stationed in Minot, North Dakota.  Lynda enjoyed organizing bus trips to shopping malls, concerts in London, amusement parks in Blackpool and Alton Towers in England all while maintaining our family and home.

Lynda is survived by myself, husband Dorian of 43 years, eldest daughter Christine and her husband Mark and their 2 children, Justin and Trinity, her middle daughter Penny and her son, Mykail, her youngest daughter, Jasmine and daughter Cheyenne; her siblings John, Colleen, Kim, and Carol and their children along with other close family members and their children.

May Lynda rest peacefully along her parents, John and Doreen, nanny and granddad Jeffery, her brother Graham, and her son- in- law, Kevin Robinson.

Lynda will be missed beyond measure by all of us, her family and friends in the United States, England and Turkey.

To send flowers to the family or plant a tree in memory of Lynda Doreen George, please visit our floral store. 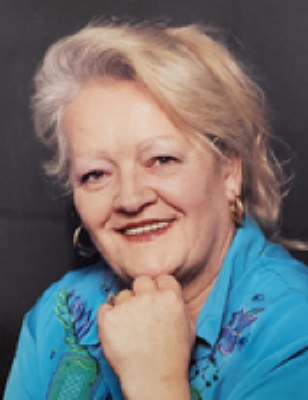