Share a memory
Obituary & Services
Tribute Wall
Read more about the life story of James John and share your memory.

Jim attended Ferris High School in Jersey City for a year and then completed his high school education at Dickinson in the evening.  He proved to be a hard worker all his life.  After graduation, he learned to drive a tractor trailer working at Rodel Trucking in Jersey City.  James loved driving.  For many years he was an independent driver owning his own rig.  He also drove for Rickel Home Center in S. Plainfield, NJ from 1980 through 1997 and then for Therapedic Sleep Products in New Brunswick, NJ until his retirement in September 2003.

In 1995, the New Jersey Motor Truck Association nominated him as a finalist for Driver of the Year.  He logged over 3 million accident free driving miles.  Over the years, Jim wore many hats, always keeping busy.  In addition to driving, he was a security guard, painter and a stocker.

James served in the U. S. Army Reserves as a staff sargent from 1963 to 1969.  He was an honorary life member of the Knights of Columbus Council #6203 in S. Plainfield, NJ and a 4thdegree member of the K of C Assembly #2147.  In the early 1990’s, as a member of Our Lady of Czestochowa Church in S. Plainfield, he helped run the hamburger and hot dog stand at the Feast of St. Anthony.  In 1997, he was nominated as an honorary alumnus of Saints Cyril and Methodius Seminary, St. Mary’s College in Orchard Lake, MI because of the volunteer work he had done.  He was a member of Harvest Years Senior Center in Camden.

Jim and the love of his life, Carol Stomber Pawlikowski (Elliott) were married in S. Plainfield, NJ in December 1996.  Carol would always say “Every day is a honeymoon with my Jimmy”.  Over the years, Jim and Carol made road trips across the country visiting 32 states and Canada.  He also accompanied his daughter Mary Dorothy on a few cruises to the islands.  Jim loved camping.  He and Carol owned a travel trailer and they camped in Pennsylvania every weekend for almost 20 years. Upon retirement in 2003, Jim and Carol moved to Camden, DE.

In his retirement years, Jimmy enjoyed trips to the casinos, Cape Henlopen, Ocean City, MD, fishing, crabbing, camping and part time work at Dollar Tree as a stocker. Jim felt that he had a very satisfied and fulfilled life.  No stone was ever left unturned.

Jimmy has faced many health challenges over the last 25 years. He was a five time cancer survivor.  His sister-in-law, Pat always referred to him as “man of steel”. He was a loving husband, father, grandfather, great grandfather, brother, uncle, cousin and friend.  He will be missed very much.

A viewing will be from 10am to Noon and a funeral service will be at 12:00 P.M. Wednesday, November 16, 2022 at the Pippin Funeral Home, 119 W. Camden Wyoming Avenue, Wyoming, DE  19934.  Masks are required, per the family’s request.  Burial will follow in Barratts Chapel Cemetery, Frederica.  Online condolences may be made via www.pippinfuneralhome.com.

To send flowers to the family or plant a tree in memory of James John "Jimmy" Pawlikowski, Sr., please visit our floral store. 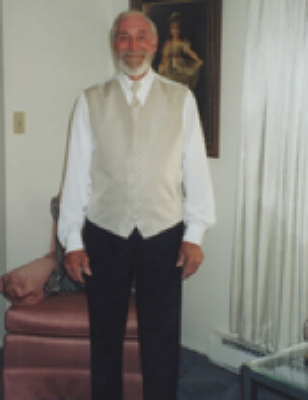