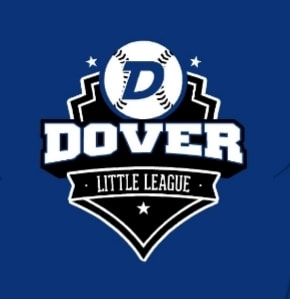 George Calvin Carter, 92, of Cheswold, Delaware, passed away on March 24, 2020 in the comfort of his home surrounded by his family.

Calvin, a life long member of the Cheswold community, was born on December 8, 1927 to George Carter and Reba Mosley Carter.  He is survived by his wife of 73 years, Betty Ann Grigsby Carter, his three children: daughter, Loretta R. Carter: son, Zachery C. Carter and his wife, Janet; daughter Gail Y. Ridgeway and her husband, Garry; six grandchildren: Travis Ridgeway and his wife, Kristen; Jessica Carter Mendieta and her husband Donny; Eric Carter and his wife, Nicole; Benjamin Carter, Alexander Carter and his wife, Elizabeth; and Tori Ridgeway; and ten great-grandchildren: Talley, Madison, Rylee and Shelby Ridgeway, Katherine, Olivia, and Carter Mendieta, Sloane and Quinn Carter, and Avery Carter.  He was preceded in death by his parents and his sister, Ida Carter Webster.

Calvin was in the Navy during World War II and served in the Pacific Theater.  He was very proud of his service to the country.  He spent his career as a carpenter in the local area, building and remodeling many homes and businesses including homes for his children.

Calvin’s passions were his family and baseball.  Calvin played baseball with the Cheswold Tigers from age 13 to 28.  Later, Calvin turned to coaching Zach in Dover Little League and Pony League.  As his grandchildren began to play, he coached from the fence by the dugout with encouragement and constructive suggestions shared equally.  Calvin never missed a game even following while they played college and minor league baseball.  Being an avid gardener, Calvin was known for his lima beans and sharing his bounty with many.

The family wants to thank the staff from the Wilmington VA Medical Center and Compassionate Care Hospice for the care and kindness they gave Calvin.

Due to the situation with COVID 19, the burial will be private.  Rather than flowers, the family suggests contributions to Immanuel Union United Methodist Church (PO Box 309, Cheswold, DE 19936) or Dover Little League (PO Box 1764, Dover, DE 19903).

To send flowers to the family or plant a tree in memory of George Calvin Carter, please visit our floral store.

Video is available for this event