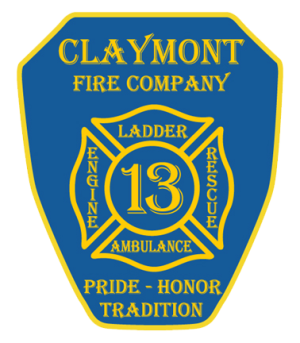 David John McLaughlin, 65, of Claymont passed away in the early morning hours of Friday, November 12, 2021 with his daughter Megan by his side.  He fought a valiant 13-year battle.

He was born in Delaware County, PA, the son of the late Alexandria “Sandy” (Navert) McLaughlin and David Unruh McLaughlin.

Dave was a proud member of the Claymont Fire Company, joining in 1972 and serving for 49 years. Dave was a 1974 graduate of Claymont High School. After high school, Dave had worked for Phoenix Steel Corporation in Claymont, Sun Oil Company (Sunoco) in Marcus Hook, Pa. and had also been employed by Wawa for a few years. Dave also worked part time as an assistant funeral director with several local funeral homes.  Dave enjoyed going to the beach and he was avid fan of the Green Bay Packers. He was also a member of the Fraternal Order of Eagles. When you were in the presence of Dave, he made it easy to be a friend.  He will be missed!

In addition to his parents, he was preceded in death by his brother, John J. “Jack” McLaughlin, and by his best furry friend Jackson.  Dave is survived by his daughter, Megan A. McLaughlin of Claymont; and two grandsons, Austin Michael Staton and Tyler Dwayne Staton.

To send flowers to the family or plant a tree in memory of David John McLaughlin, please visit our floral store.