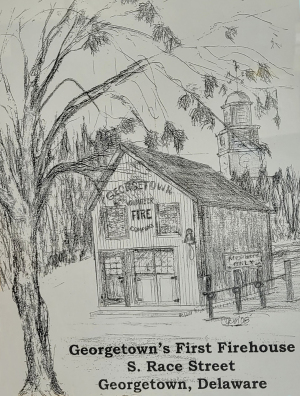 Carlton R. Moore, age 94 of Georgetown, Delaware passed away peacefully on Monday, September 19, 2022, at his home.  He was born on August 11, 1928, son of the late Larry Wilson Moore and Ella Mae Russell Moore.

In addition to his parents, Carlton was preceded in death by his wife of 71 years Hilda Mae Hudson Moore, his brothers Charles W. Moore and J. Everett Moore, Sr. and his nephew R. Wayne Truitt.

Carlton was a member of St. John’s United Methodist Church and served in many capacities.

In 1962 he became active in the Georgetown Little League remaining active over the next 32 years.

From 1959 through 1972 Carlton worked for LeGore Lime Company out of Frederick MD.

In 1969 Carlton and his nephew Ronald founded Indian River Land Co.  In 1980 he became the 1st President of the Sussex County Developer’s Association.  In 2013 Carlton was awarded the Emeritus Status from the National Association of Realtors for 40 years of valuable and lasting contribution from 1973 - 2013.

In 1993, as the 1st President and Chairman of the Historic Georgetown Association, he led a successful effort to purchase and locate funds to restore to its former elegance the old rundown Train Station and in the process add back it’s 2nd floor.  This resulted in Historic Georgetown being awarded the “Golden Spike Award” from the Delmarva Rail Passengers Association.  During that same period Carlton led an ambitious effort to make substantial and permanent changes in KimmeyTown, a mostly residential area of Georgetown.

In the Fall of 2006, Carlton learned Georgetown’s First Firehouse (1904) was about to be razed.  In October HGA had the old building relocated to a site on Depot Street adjacent to the Train Station and began its complete restoration as a showcase for the early history of Station 77 for which Carlton was made a very proud honorary member.

Carlton is survived by his son CR Moore, Jr. and his wife Susan of Doylestown PA and his daughter Cathi Moore Lind and her husband Terry of Georgetown.  Grandchildren Christopher and Kate Lind of Millsboro, Courtney and Michael Meyers and Kylie Moore of Philadelphia PA and one Great Grandson Carter Lind of Millsboro.  Nephews and Nieces Ronald and Pat Moore, Merrill Moore, J. Everett Moore Jr., Tom and Teresa Adams, Myrna and Tim Abbott, Lynn and Judy Moore and Betty Truitt.

The Family will receive friends from 9:00 am to 11:00 am on Friday, September 23rd 2022, at St. John’s United Methodist Church, 22179 Gravel Hill Road, Georgetown DE, 19947.  A graveside Service will immediately follow at 11:00 at St. John’s United Methodist Church Cemetery.  A reception will follow at the Georgetown Train Station located at 140 Layton Ave., Georgetown.  All are invited for a time of fellowship.

In lieu of flowers, memorial contributions may be made in Carlton’s name to Historic Georgetown Association C/O Martin Donovan, 105 Spicer St., Georgetown DE 19947.

To send flowers to the family or plant a tree in memory of Carlton R. Moore, please visit our floral store.

A Memorial Tree was planted for Carlton

Join in honoring their life - plant a memorial tree